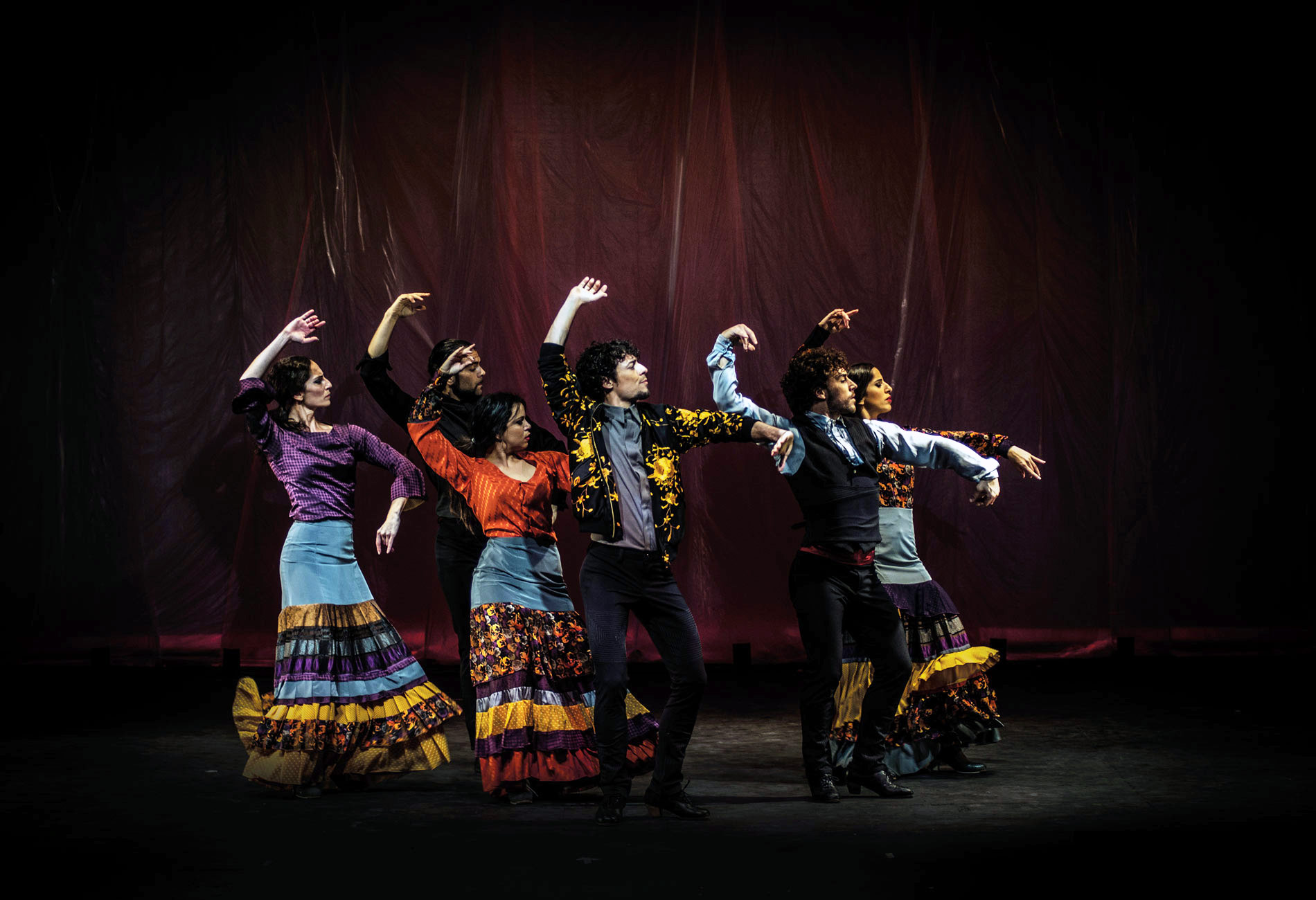 Flamenco, the most Spanish art of all
© Silvia González Poncelas
Madrid
885

Art, passion, authenticity and heart: these four aspects define the essence of flamenco. Also known as arte jondo, UNESCO listed flamenco as an Intangible Cultural Heritage of Humanity in 2010.

Although the origin of flamenco is a matter of debate, this form of musical art as we known it today, based on song, guitar music and dance, arose in Andalusia in the 18th century. It is an artistic expression that stems from a mixture of the Arabic, Jewish, Gypsy and other cultures, and that became a style of dance and music characteristic of southern Spain.

Beginnings
Flamenco was originally interpreted without any instrumental accompaniment. With Cante jondo, or ‘deep song’, the most genuine Andalusian style of singing marked by its deep feeling, singers touch the soul of the listener. Flamenco dance, for its part, transmits and arouses a multitude of sensations by its corporal movement and zapateado or percussive footwork, through which dancers become musicians whose instrument is their feet. Nowadays, however, a flamenco show is not complete without guitar playing, in which the musicians give the music a very special air of solemnity and joy.

The history of flamenco art is so rich that there is even a Flamenco Dance Museum in Seville, where people can come to understand flamenco as a priceless heritage of Andalusia and of all Humanity. There is also an Andalusian Flamenco Centre in Jerez de la Frontera, which has the mission of recovering, conserving, researching and disseminating flamenco art.  Even so, the ideal place to experience and enjoy the best creations and improvisations of flamenco artists is at a tablao or flamenco club. Seville, Granada, Córdoba, Jerez and Murcia are flamenco hotspots par excellence. This may be seen, for example, at the Sacromonte caves in Granada, where the first Gypsy families settled after the city’s reconquest and where a number of flamenco shows may now be seen daily.

The celebrated dancer Jesús Carmona (Badalona, 1985) defines flamenco as “a primary art that reaches to the roots of human emotion, making it a universal art”. For Blanca Ávila Molina (Córdoba, 1946), who made her professional debut at the age of 12, performing two years later at the Madrid flamenco club El Corral de la Morería, where she has spent the greater part of her career, flamenco is “feeling and passion; it flourished in the past as it still does today in every corner of Andalusia, and I’m an Andalusian so I needn’t say more!”. Blanca goes on to add: “It’s a language without borders that reaches everywhere. It’s a blend of feelings that we experience over the course of our lives and with time it turns into art”. It may be noted that Blanca now directs El Corral de la Morería, a club that has hosted such celebrities as Ava Gadner, Tina Turner, Pablo Picasso and Salvador Dalí. Inside it has an exclusive little restaurant with just four tables that boasts a coveted Michelin star: according to Blanca, “the paths of art, in all its expressions, always come to converge”.

Beyond Andalusia
There are hundreds of flamenco clubs in southern Spain and no fewer flamenco festival are held there. The Jerez festival, which focuses on flamenco dance and  traditional Spanish dancing, has become an event of international prominence thanks to its efforts to foster the creative evolution of this art, the development of its expressive forms, and its modernization. For its part, the Córdoba Guitar Festival presents a variety of musical styles and artistic events in connection with the instrument for which it is named. It’s not necessary to travel to Andalusia, however, to experience flamenco for yourself, because it is an immensely popular art and there are outstanding flamenco clubs throughout the country.

In Barcelona, for example, there are flamenco clubs like El Palacio del Flamenco and Los Tarantos, where visitors can enjoy splendid live flamenco shows. Los Tarantos, located on the famous square called Plaza Real, opened back in 1963. It is a must in Barcelona for anyone interested in flamenco because of the stature of the artists who perform there, and now it has a special focus on the country’s best emerging flamenco. What’s more, Barcelona hosts the Flamenco City festival, with its full programme of performances that are guaranteed to thrill everyone in the audience. Madrid also has its own flamenco festival, featuring over 40 magnificent performances at various venues across the city, where spectators are sure to enjoy a memorable experience.

The fact is that such acclaimed artists as the dancer Jesús Carmona began their careers in flamenco outside Andalusia. Jesús made his professional debut with the Orchestra of Barcelona’s Gran Teatre del Liceu at the age of 16, achieving a success that culminated in the formation of his own dance company and the staging of his productions around the world. He admits that “in the rest of the world, flamenco is embraced and applauded by everyone and people show us even more support and affection than we get in Spain”. “I was born with flamenco and I can’t remember anything in my life that isn’t connected with this art”, explains Carmona. His models have included such diverse artists as Farruco and Michael Jackson and he has always sought to “find something positive and useful in everyone who expresses their art with truthfulness and respect”. Jesús, whose family comes from Córdoba, adds: “The flamenco world is in constant motion —it’s always changing and today the young talents are coming on stronger than ever”.

Flamenco in northern Spain
Two popular festivals of long standing in the north of Spain help to highlight the fact  that flamenco is an art that is enjoyed and respected in all parts of the country. Each year Flamenco On Fire, in Pamplona, and Flamenco BBK, in Bilbao, bring together Spain’s leading artists in flamenco song, dance and guitar. The Bilbao event combines the different current styles of flamenco with exciting new talents and innovative stagings, while the Pamplona festival presents a wide variety of shows in outdoor venues in the city, together with educational and participatory activities and a gastronomic route featuring many of the city’s most highly acclaimed establishments.

Madrid
Madrid’s luxury hotel of longest standing reopens its doors under the aegis of Hidden Away Hotels, now as a comfortable and distinguished 5-star…

Secrets of the Hammam Al Ándalus

Madrid
In the West we’ve forgotten what it is to inhabit our bodies: we force them, bend them and mould them in gyms with a personal trainer, without…